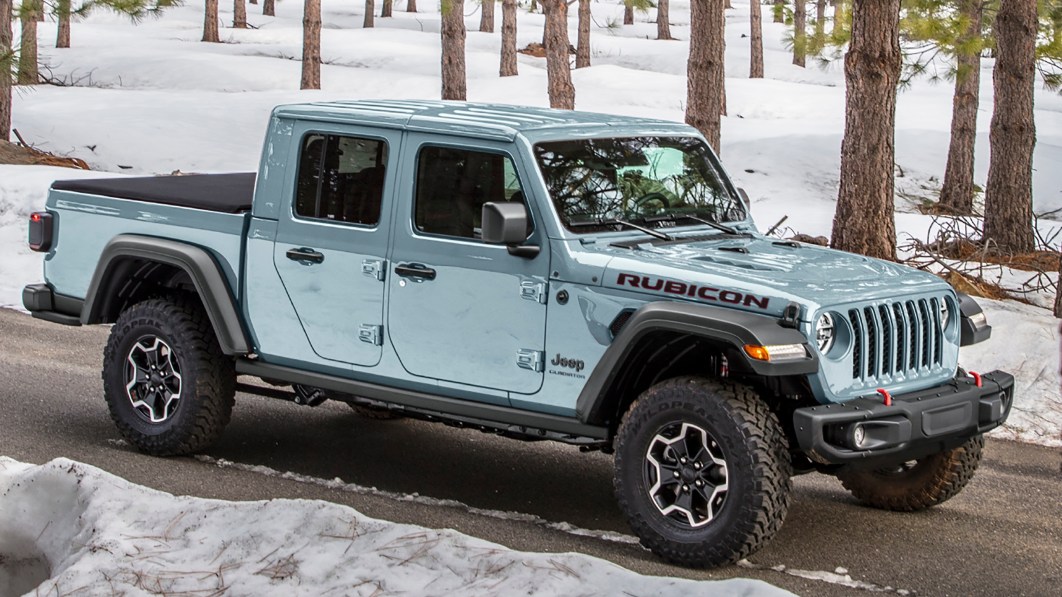 We can say we don’t always get what we want from Jeep, but we can’t say the brand doesn’t listen or that it doesn’t try. When Jeep showed the Gladiator FarOut Concept to the world as one of the 2020 Easter Jeep Safari one-offs, the world responded, “Hey, I like that color.” The hue at issue was called “Earl,” as in Earl gray, and America’s off-road brand introduced it to the 2023 Wrangler lineup earl-ier this year. Now the color Jeep calls “a bold shade of gray with hints of aquamarine” has been made official for the 2023 Gladiator lineup, joining the small host of other changes for next model year.

The various photos we’ve seen of it leave us wondering what it looks like on sheetmetal, though. Earl looked like a flat aquamarine on the Gladiator FarOut, it looks like a glossy aquamarine on the Wrangler configurator and in the above photo, whereas an outdoor shot of the Wrangler in the late western sun makes it look plain light gray, and an owner photo on the JL Wrangler Forums on an overcast day makes it look like a clearcoat aquamarine with a hint of gray.

No matter the tint, it will cost $695 to paint a Jeep Earl. That’s $300 more than almost every other other color on the Gladiator palette: Black, Firecracker Red, Granite Crystal, High Velocity, Hydro Blue, Sarge Green, Silver Zynith, and Sting-Gray. Bright White is free.

It had been reported before that buyers wouldn’t be able to order a Gladiator in Earl until January 2 of next year. That’s not the case, Jeep saying the order books are open now. Combining a 2023 Gladiator with Earl and the EcoDiesel, plus trips to the Mopar accessories and AT Overland stores, would get one on the road to a real version of the FarOut Concept. Now if we could just make enough noise for Jeep to make that 16-foot rootop tent.