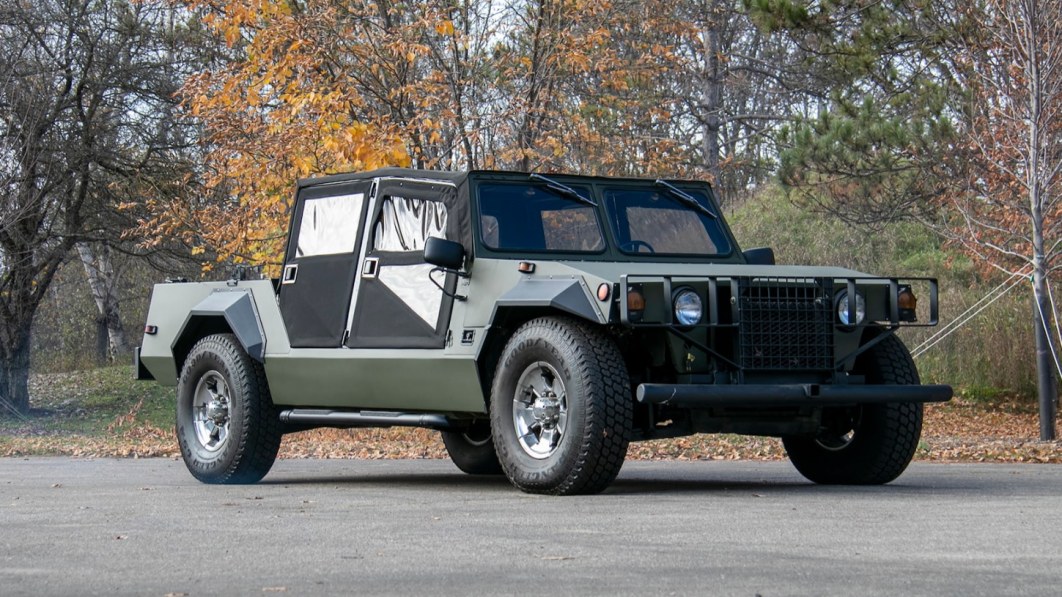 Better known as the Humvee, the AM General M998 has been a symbol of the U.S. Army for nearly four decades. It wasn’t the only prototype that government officials tested in the early 1980s, and a rare example of a competing High Mobility Multipurpose Wheeled Vehicle (HMMWV) prototype built by Teledyne Continental is scheduled to cross the auction block in Kissimmee, Florida, in January 2023.

Teledyne, AM General, and others designed their proposals by following the same basic guidelines so the resemblance between the Cheetah and the M998 shouldn’t come as a major surprise. Officials needed an off-roader with a gross vehicle weight rating (GVWR) of less than 7,200 pounds, a 2,500-pound payload, a top speed of over 60 mph, a diesel-burning engine, and the ability to accelerate to 30 mph from a stop in six to eight seconds, according to the Online Tank Museum. Companies hoping to secure the lucrative contract also needed to take length, width, and height limitations into account, and the prototypes had to offer a basic level of body armor to keep occupants safe.

Like rival AM General, Teledyne envisioned several variants of the Cheetah including weapon and troop carriers, ambulances, plus two- and four-door models. Representatives from the Pentagon tested Teledyne’s prototypes in 1982 but ultimately selected AM General’s proposal, and the Cheetah project was scrapped — there wasn’t much of a market for a civilian version at the time. Precisely how many prototypes were built and how many survived is a topic of debate, but what’s certain is that at least one made it into private hands.

The example that’s part of Mecum’s 2023 Kissimmee sale comes from the Michael and Dianne Morey collection, which also includes a stunning number of American cars built from the 1930s to the 1970s. Its story is vague at best: The auction description simply notes that it’s powered by a 6.9-liter diesel V8 borrowed from International and bolted to a General Motors-sourced three-speed automatic transmission. It’s finished in green with a black and green interior, and it features some modifications such as bright wheels wrapped by massive tires.

Mecum hasn’t provided a pre-auction estimate, and it’s likely difficult to accurately predict how much the Cheetah will sell for. It’s a rare prototype, so its value largely depends on how much collectors are willing to pay for what could be a once-in-a-lifetime chance to own it.